Hawaii Gambling and an Apt Definition for Gambling 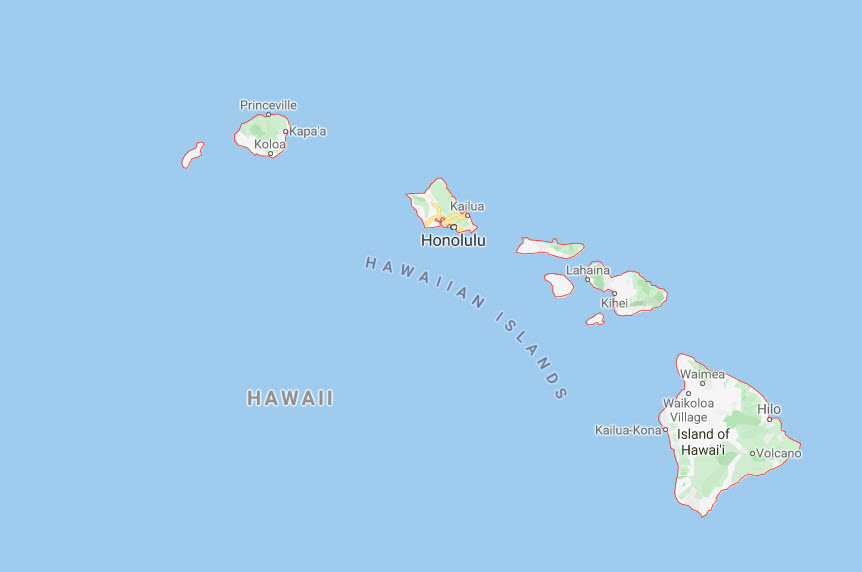 The laws that are about land-based casinos were listed in section 712 of the Statutes in Hawaii. The definition given to gambling is as follows; it is regarded as the criminal offence under any circumstance.

Having said this, it is essential to note the fact that the law does not specifically mention online gambling, and it allows home games, which can be said to be the legal status of the iGaming. With is we came up with an opinion, stating clearly that one of the most natural ways in settling the dispute is t make proper consultation of the track record of the police. Just like you already guessed, there are no records of any online players that have been arrested or even charged up till this present moment, and this is an indication that the offshore sites are safe and completely perfect

Any casino game activity in Hawaii is considered as being illegal, and the only exception is when they are enjoyed in a kind of social setting in which only the players derive great benefits from the action. The online games is inclusive, and any player that engages in an internet play on an offshore site will be as well classified as a criminal offence. Several pushes have been made to ensure the fact that internet gambling and casino are legalized in Hawaii, but then all of the attempts that was made did not succeed

The gambling prohibition made in Hawaii does not include games that require great skills, but then it is essential to say that the poker has the same legal status as the casino games, and this is due to the ruling that was made by the Supreme Court in Hawaii. What the court noted was the fact the test to figure out if a game is based on skill or the chance-based one, you are not to measure this with by the limited class of players and the standard of experts, but then what can be used to measure this is the average skill of the players that will possibly carry out a gameplay on this casino. Any player that wish to play the poker legally can do well by sticking to social poker sites, Zynga Poker and the live poker games

The sports betting is not at all legal in all aspect, even in the social aspect. The majority of the states that are very particular about the anti-gambling law makes provision for the dog and horse race. Having said these, this cannot be said to be the case in Hawaii. Internet gambling is considered as being illegal, for this reason, it is well classified as a criminal offence

The DFS site has placed their claim on the fact that the DFS contest is skill-based 100%, and you do not have to violate the laws in the state that defines gambling being the element of luck. They believe in Hawaii is that success can be said to be a crucial part of the definition, and this can make the people believe the fact that making participation in the DFS contests a legal action that can be carried out. This is quite disappointing as this cannot be said to be the case, the Hawaii Attorney General Doug Chin released an opinion that clearly states that gambling under the Hawaiin law is prohibited. With this prohibition, Haiwan has restricted DraftKings and FanDuel

Out of the five states that run the state lottery in the United States, Hawaii is as well inclusive. For several years, some legislative pushes have been made for the introduction of this form of gambling, but then none of the efforts were able to see the light of the day. As of 2017, a rep who happens to be Souki Mizuno made an introduction of a bill that was designed to ensure the establishment of a state lottery. As things stands, the bill is presently in the house of representative and is not likely to move any further

The players that are enthusiastic about Bingo should not expect any special treatment. Of course, the local regulation. For this reason, permission is only given to Bingo in the social context, if they are caught playing online, it will lead to being charged for a crime

What is a particular type of gambling available in Hawaii?

To a considerable extent, this is a perplexing state, and many of the locals admit to online and offline gambling, the playing of the game of chance can be said to be kind of popular and has a tradition dated back to 19th century with this, the casino does not still have a regulated gambling industry that is land-based. Provisions are not made for a tribal casino, no charity gambling, zip, nada, and no race tracks. We can confidently say that Hawaii is the only state that has similarity to Utah

What are the laws that cover online gambling?

The statutes in Hawaii strictly regulate the playing of the game of chance and some other related issues. Having said this, it is essential to understand the fact that even though the iGaming is not explicitly mentioned in any of the regulation, the local laws wants to ensure the assertion of the Hawaii laws such that it will apply to the online games

The iGaming is not explicitly forbidden in any of the local regulations, and this is an indication that when you join the action on sites that are US-friendly, it is safe even with the fact that the legal status is ambiguous

What are the offshore gambling sites that accept Residents in Hawaii?

All the offshore sites accept the players from all states that are iGaming friendly. This is quite obvious, and it is as well applicable to Hawaii is a state.