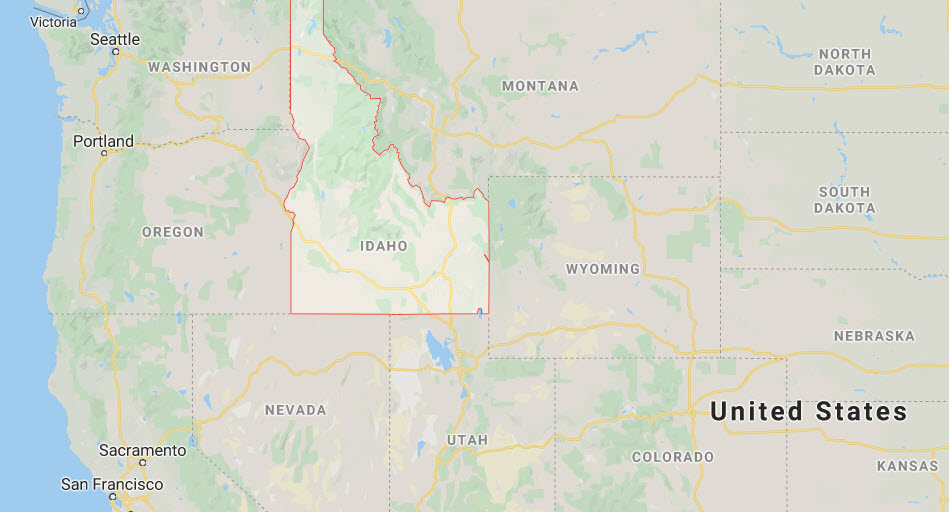 The absence of a defined iGaming regulation can be said to be both a blessing and a curse for the enthusiasts in online gambling. Looking at the first instance, we will get to see that there are no laws that prohibit the residents in Idaho from carrying out their gameplay on an offshore site.

Looking at the other hand, it seems almost impossible to determine if the general gambling regulation applies to online gambling or not. Either the gambling regulation applies to online gambling or not. Looking at section 20 of the Constitution or probably the Section 18 of the Idaho statutes. Generally speaking, illegal gambling is considered to as being a criminal and unlawful offense in Idaho, but then there are have not been cases whereby any online player have been prosecuted for playing online even though it is now widely known that many people carry out gameplay online across all states

The tribal casinos that you will get to see in Idaho are up to 7, and they include Fort Hall Casino(Fort hall), Cour D’Alene (Worley), Kootenai River Inn Casino and Spa(Bonners Ferry), Sage Hill Travel Center and Casino Center(Black Foot) and the Se-Ye-Ye Casino(Kamlah). Of course, this particular establishment should better stay glued to the class 2 games where it perfect belongs, and they include the video lottery machine that can be said to have similar functions to slots and also pull-tab and video poker games. Idaho residents are not given a chance to carry out gameplay on any of the online casino options that is sanctioned by the state. Although it is not illegal to carry out gameplay on an offshore casino site, then there is every possibility that it is going to lead to the gambling ban that can be well considered as a crime

Carrying out gameplay on a Poker in Idaho is an act of illegality, and hardly will you see any of the land-based venues that offer a competitive poker. Making participation in the local games in against the law, this is very true as the law officers carried out a raid on the small-stakes poker that was formed by pensioners in 2010. This led to a public outcry that any other raid has to go through the approval of the prosecutor’s office before any other raid can be carried out. Having said this, no change has happened to the legal status of social poker games. The alteration was made to the rules of law enforcement, but then the law was not changed. In short, Idaho does not have any poker site that is licensed, and it is as well illegal to carry out gameplay on any offshore platform

Players are given a chance to legally place their bet on dog and horse races with the inclusion of the simulcast, but then it is prohibited for any player to carry out partake in operating a sportsbook and engage in traditional support. Even though the Supreme court of the United States strikes out the PASPA ban in May 2018. The lawmakers in Idaho are yet to do anything for the introduction of this particular form of gambling to the Gem State in a legislative session held in 2018. So far, there is no activity on this aspect, but then our expectation is not placed on the legal sports betting to get established when 2020 comes

Carrying out an engagement on the online sports betting through the offshore sites is illegal, and it is considered as a criminal offence

The DFS companies in Idaho always carry out their operations based on the assumption that the contest carried out by the DFS, which is 100% based on skill, and for this reason, it is considered to as legal. Attorney General Lawrence Wasden noticed the industry in early 2016, and he now concluded that the DFS contest had violated the gambling regulations in Idaho. After they have negotiated for over 3 months, the DraftKings and FanDuel have reached an agreement to leave the market, and the DFS operator that is smaller already follows suit. Going by what the operators agreed on in the office of the Attorney General, their withdrawal from the state cannot be considered as the evidence of wrongdoing or probably the admission of liability. The two operators will be free to get back to Idaho if the situation of the legal issue has changed, be it a new DFS bill or probably the court ruling

The most popular form of gambling in Gem state is lottery games, although the establishment was made in the year 1989. Idaho lottery happens to be the first North American Lottery that made an introduction of the VIP club, and it allows the customers to get a reward point as they purchase and spend those points on the merchandise which is to the inclusion of the watches, bicycles, and iPods

The availability of Bingo is made both in Class 2 casino and charity game in an establishment of tribal gambling. The residents in Idaho are not given a chance to access any bingo sites that are sanctioned by the state, and carrying out gameplay on an offshore site can as well be considered a crime

What is particular gambling available in ID?

Although Idaho can be considered to be a small state, then there are lots of opportunities for players that are enthusiastic when it comes to land-based gambling

What are the laws that regulate online gambling?

You can check the laws in the Idaho constitution, aside from that you can as well try and ake confirmation in Section 18 of the Idaho statutes

Is it legal to gamble with real money?

Majority of the experts have agreed that the real money gambling is legal within Idaho, but then this is not very certain until we get to see that a case has been taken to court

Which of the offshore sites accepts the residents in Idaho?

Majority of the offshore sites accepts the residents in Idaho